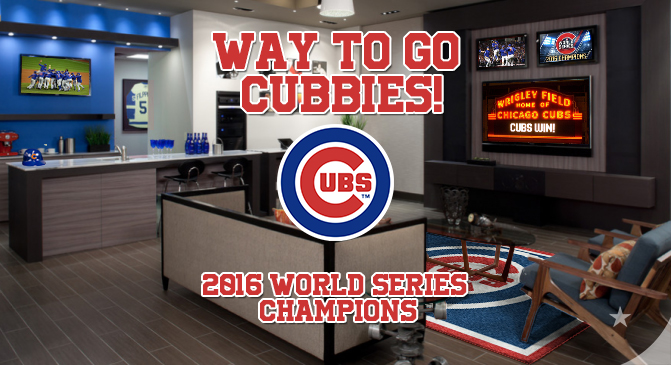 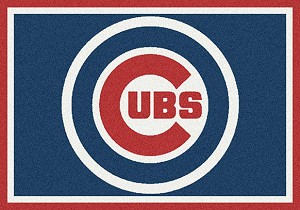 The Chicago Cubs are at last World Series champions, winning their first Fall Classic in 108 years, beating the Cleveland Indians in extra innings -10 innings 8-7 in Game 7  in Cleveland Ohio.

The Cleveland Indians were down 6-3 in the bottom of the eighth, tying things up with a RBI double from Brandon Guyer and a blasting two-run home run from Rajai Davis. Chapman lost the lead, and Cleveland had the momentum going in, but then play was halted by rain before the start of the 10th inning. Was it the curse….not so fast! The rain delay lasted only 17 minutes. When play resumed, Chicago got back to it with a bit of a refresher.
Kyle Schwarber got it started with a single off Bryan Shaw. Albert Almora Jr., came in to pinch run and advanced to second on a fly out from Kris Bryant. Anthony Rizzo was intentionally walked, bringing up Ben Zobrist.
Zobrist, as he has throughout this World Series, delivered. His RBI double off Shaw drove in Almora Jr. After Addison Russell was intentionally walked, Miguel Montero‘s single with the bases loaded brought home Rizzo.
The Cubs had eight different players record an RBI, the most of any team in a World Series Game 7.

The Cubs, supposedly cursed by everything from Billy goats to black cats to guys wearing headphones reaching for foul balls in the stands, wiped away 108 years of pain on this night.

Certainly, it wasn’t easy. It never is for the Cubbies. They were four outs away from winning the World Series in conventional style. They instead blew a three-run lead when Rajai Davis hit a two-out, two-strike homer off closer Aroldis Chapman, leaving him in tears.

They also managed to make three errors, let two runs score on a wild pitch, and pulled starter Kyle Hendricks an inning too early when they went to Jon Lester, who came on in relief for the first time in 2007.

“I think beyond all that, I want to believe and I do believe this is good for our game moving forward, that we’re attempting to seize young fans and not just to play the game, but to be fans of the game. You cannot be more entertained than you were over these last seven games. It’s incredible. Of course, I’m not saying that just because we won, but because it’s true.”

The Chicago Cubs quite simply outplayed everyone and refused to quit.  They didn’t trail once in the final 24 innings of this World Series, lead faithfully by Kris Bryant, who will win the NL MVP award in two weeks, and will be presented with a World Series ring next April.

Have a question about a product, need a price quote? Leave us a message and we will get back to you ASAP!